I cannot believe I haven't posted in a year! Wow!

My design biz, DLZ | interiors, has been flourishing, which kept me beyond busy! On top of that, I am developing several children's shows with my production company, Hot Mamas Productions, and I was recently named COO for an incredible social enteprise based out of Uganda called Asante Mama (you can find us on Amazon!) All pretty amazing gigs!!!

My daughter, Luca (8), had bestie Bluesy (8) over for a sleepover last night, and when they woke up, they wanted to make a toy. We started with sock monkey kits from Restoration Hardware, and realized VERY quickly we didn't have the time nor the patience (nor the attention span) to make them (super complicated). Now we only had an hour to go before Bluesy's mom picks her up....so we had to come up with a plan ASAP. Bluesy LOVES pigs, so we decided to make a pig with scraps of felt I had laying around. Bluesy cut the fabric, sewed much of it, and stuffed it. She wanted something soft for the tail and legs, I only had this checkered ribbon that passed the "softness test". Then we (and I use the term "we" lightly), sewed on the tail, legs, nose and ears, then glued on hearts and googly eyeballs and drew on the nostrils. We finished in the nick of time. I tried to snap some pics before we had to run Bluesy to her mom.

Here is cutie pie Iris the Pig, made on the fly: 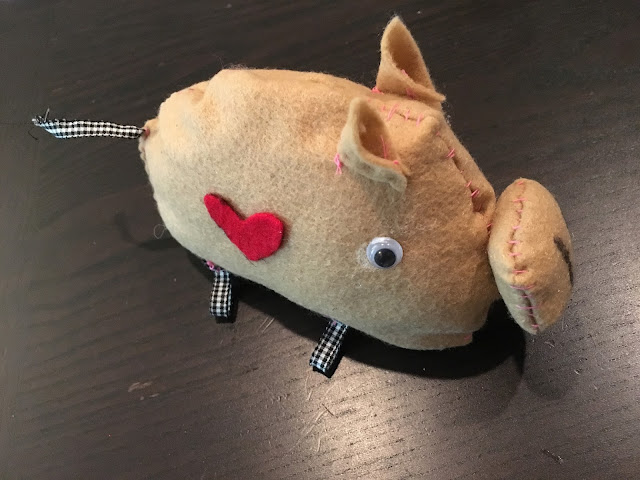 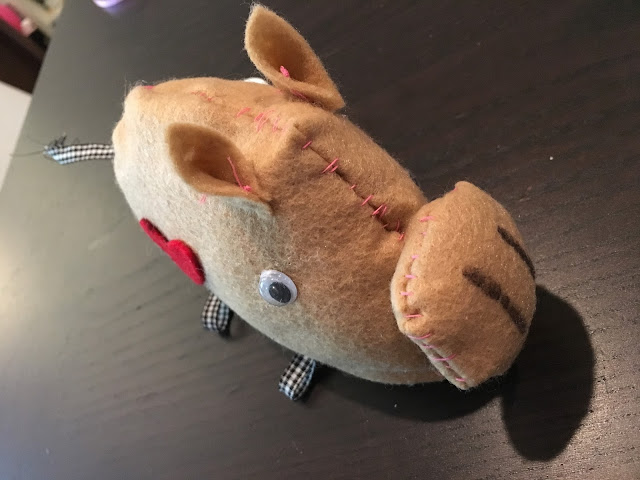 Crazy Mama!
My name is Deb. I am Interior Designer, Art Director, Production Designer and Film/Tv Producer. I juggle all my roles while being mom to an amazing little girl! And while she is amazing, she can be a very picky eater! So I started shaping her food into fun characters…and all my friends started calling me CRAZY! Haha! So what better name than Crazy Mama? I have since found some truly AMAZING food artists online…and I am so impressed with their work! I don't shop for ingredients to make Food Art…I simply use whatever organic ingredients I have in my pantry…which is often limiting. Sometimes the designs turn out really great, other times…not so much! But I have fun with my little cutie in the process! I hope you enjoy seeing them! And if you have a request- send it in!!!